The twenty days of Turin at Teatro Baretti for INCANTI d'inverno 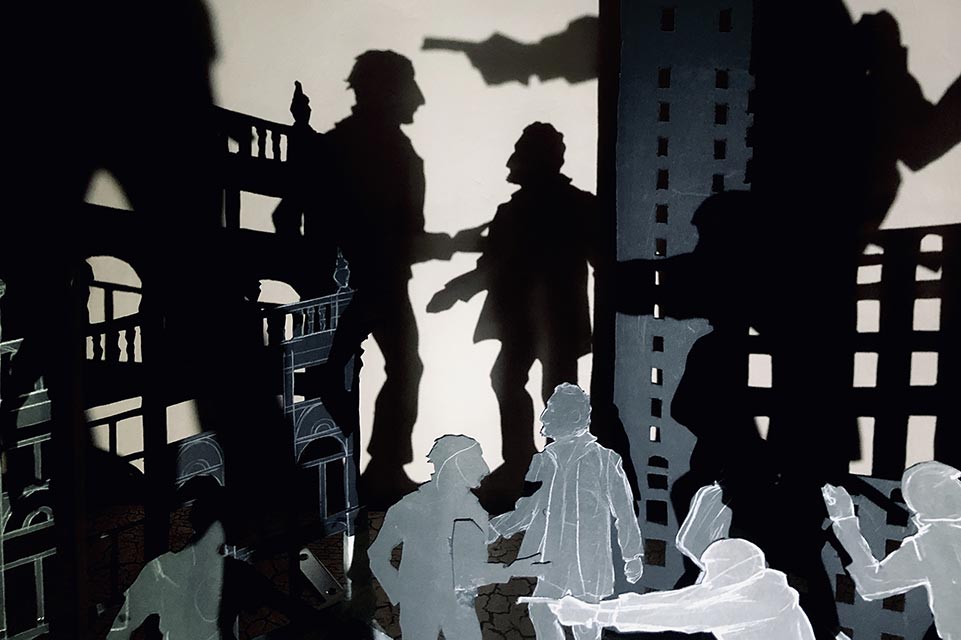 The twenty days of Torino
dedicated to Guido Ceronetti

The show is based on the novel The twenty days of Turin by Giorgio De Maria, a text published in muted form in 1977 and rediscovered, through extraordinary coincidences and after the death of the author, in 2017 in America where it was a great success. In Italy it was republished by Frassinelli the following year.

The novel is a dystopian and prophetic tale, full of deeply disturbing still current ideas that range from the much discussed prophecy on social networks to the description of a claustrophobic and exhausted society: ’the twenty days of Turin were neither a war nor a revolution, but a phenomenon of collective psychosis with what underlies this definition of epidemic.
The noir atmosphere of the novel finds in the shadow theater a perfect visual accompaniment, the silhouettes created for the show are the result of a careful reconstruction of the 70s in which images of iconic photographs and tributes to artists of those years alternate.

The creator, who will perform the show alone, is Cora de Maria, the daughter of the author. In telling the novel of her father, also faces her difficult relationship with him. A tribute to a father who was, even for her, a late rediscovery, through his masterpiece.
The original music of the show will be performed live by: Umberto Fantini (violin) and Manuel Zigante (cello).