The songs of the tree 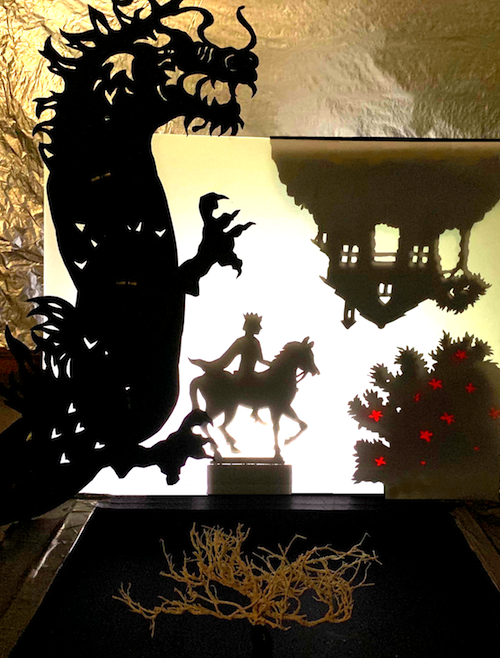 The songs of the tree
on music by Maurice Ravel

The performance takes cue from Miroirs and Ma mère l'oye, a small piano jewel by Maurice Ravel that is inspired by the book of children's fairy-tales Contes de ma mère l'oye, which was accompanied in its various editions by magnificent illustrations. Illustrations have a long history as a vehicle to make the world known; before photography, they represented the only chance to picture the wonders seen by travellers and explorers, and sometimes only imagined by storytellers, creating unattainable worlds of fairy tale's same substance.
Taking inspiration from the suggestions born by Miroirs and Ma mère l'oye, I CANTI Dell'ALBERO is a performance made of shadows and music which leads, like an illustrated book, into a world where everything is possible. It is the story of two friends who return in the forest of their childhood and find it much changed, especially the great tree -guardian of forest's balances- that seems to be gravely ill. Thus begins for them an adventure leading to rediscover the pleasure of imagination and, through the music they
are conveyed into fairy-tale worlds, managing to revive the forest. A musical, symbolic and narrative journeythat, on the one hand brings back to the pleasure of reading and listening music, and on the other opens to important important suggestions such as respect for natural environments.

The show debuted for MITO Settembre Musica in Turin (Casa del Teatro), and in Milan (Teatro Munari) in September 2019.